By Philippe Chalmin  •  12 months ago

Meeting in Japan in late June, world leaders could only note their inability to resolve the issues and disputes that poison the world’s political and economic relations.

The Iranian situation continues to evolve on the verge of an abyss: at the last minute Donald Trump renounced a retaliatory strike following the destruction of an American drone. But Iran has crossed the boundaries of the 2015 nuclear deal. And while an Iranian oil tanker was being boarded off Gibraltar by the British navy, China took delivery of Iranian oil… In this regard, the oil market has remained ‘calm’, still around $65 a barrel of Brent, the almost official objective of the Saudi Arabia-Russia duopoly which – de facto – has taken control of OPEC+. In early summer 2019, in any case, it is unclear what might be the honourable way out for the United States and Iran that would promote a de-escalation of tensions, which ‘hawks’ on either side do not want. In any case, the chances of European mediation are very low.

The United States-China situation seems more reasonable from this point of view. A ‘truce’ has been decided in Japan and discussions will resume. The hypothesis of a “peace of the braves” remains the most probable. The United States has eased its position on the Huawei case by allowing US Chinese suppliers to resume their ‘non-strategic’ trade relations. And symbolically, Chinese purchases of US soy have resumed even as, due to African swine fever, the needs of China are decreasing. The two sides need an agreement, but cannot lose face and all the more for China as Xi Jinping has suffered a humiliating setback in Hong Kong.

But the United States has other irons in the fire: though the last obstacles to the USMCA seem to have been lifted in North America after a final skirmish with Mexico, India on the other hand has opened a new front by implementing taxes on some symbolic American products such as almonds and hazelnuts. France has gone further with its now famous tax on GAFA, which has resulted in an immediate reaction from the United States under ‘section 301’ of the Trade Act. This is a first that should not be treated lightly, as though it were nothing more than a vulgar presidential tweet.

Europe must in any case prepare for US ‘solicitude’ in the coming months of a presidential campaign, wherein for the moment Donald Trump remains the immense favourite, supported by economic growth that remains strong as shown by job creations again in May and June. In Europe, the ‘mercato’ has been very difficult, giving surprising results whose effectiveness remains to be tested both with regard to a Brexit that now seems inevitable (with Boris Johnson?) specifically against the United States. The ultimate ‘gift’ of the Juncker Commission will have been an EU-Mercosur agreement where agriculture has once again been the unfortunate adjustment variable. In order to obtain, in extremis, the South American agreement, Brussels has manifestly given in on several agricultural concessions that may call into question the fragile balance of some European markets. It will in any case be remembered in the autumn when the issue of the Common Agricultural Policy will come back, for which, the environmental constraints should be further increased.

The next meeting of the powerful of this world will take place in Biarritz at the end of August. In truth, the G7 only brings together the leaders of a somewhat besieged western world. Neither Putin, who pulls a lot of strings in the Middle East, nor Modi and Xi are invited and it will take all the art of the French diplomats to obtain a final communique with American initials on it (in 2018, it was not the case in Canada).

In the meantime, the summer will most likely offer a lot of surprises and summer crises. In 2018, we had Argentina and Turkey. For 2019, Brazil could be a good candidate. On the market side, the uncertainty around oil persists, as it does around certain agricultural concerns in North America and then of course, the pig situation in China and more broadly in Asia. The ores and metals markets are more chaotic with two ‘indicators’, iron ore and gold, to be monitored at the extremes of the value chain: iron ore at its highest which, beyond the problems of production in Brazil and Australia, is a good indicator of the health of the Chinese economy, and then gold, the ‘barbarous relic’, which feeds on global tensions.

Our next rendezvous is in a few weeks in Biarritz, which will be the centre of the world for a few days, just as it was in the 19th century when Bismarck and Queen Victoria went there on holiday.

Goldman Sachs has published an original nickel analysis using growth valuation methods that incorporate an ‘expectancy’ factor. The price of nickel should be $10,000 per tonne based on the fundamentals of stainless steel. But to that, we must add $3,600 of expectations in the field of batteries. That gives a forecast of $13,600 a tonne!

Behind the decline in the price of nickel, there is above all the increase in production of nickel pig iron, which is expected to increase from 200,000 tonnes to 900,000 tonnes in 2019, mostly in China and Indonesia.

Paradoxically, gold has overtaken coffee as Uganda’s top export ($514 million in 2018). But 90% of this gold came in as contraband from the DRC.

According to a study by Yale University, changing the energy model to renewable energy will, among other things, lead to an increase in copper demand from 275% to 350% by 2050.

One case of BSE was discovered in a Brazilian farm, which led to the suspension of beef exports from Brazil to China. China imported a total of 1.3 Mt of beef in 2018, mainly from Australia, Argentina and Brazil.

It is now French wine that Donald Trump has threatened to tackle. But in fact, any US tax decision would de facto affect all European wine exports to the United States, starting with Italian wines…

According to official figures, in May 2019 the Chinese sow herd decreased by 24% in one year. But some analysts are talking about 40 to 50%, which will lead to a significant decline in pork production.

The conflict between China and Canada (regarding the house arrest of the daughter of the founder of Huawei) ranges from rapeseed to pork, with the refusal of the Chinese authorities to import meat from pigs that were fed with ractopamine, theoretically prohibited by the health authorities. After pork, beefwill also be affected, the Chinese denouncing the “laxity” of Canadian veterinary certificates.

The July sugar contract on ICE in New York resulted in a record for distribution (physical delivery): 41,500 lots or 2.1 million tonnes purchased by Sucden, Alvean, Man and Dreyfus. The sellers were Wilmar and Cofco. The entire elite ​​of the sugar trading world!

In 2018, the global milk market came to 871 million tonnes, all products combined, worth 750 billion euros.

A frost in Brazil has reportedly affected coffee plantations. But we are far from the historical freeze of 1975.

The surge in iron ore prices ($126.50 per tonne at the beginning of July) has led the main Chinese steelmakers to set up a commission of inquiry into the formation of prices as calculated by the rating agencies.

The Colombian Coffee Growers Federation is calling for a minimum coffee price of $2 per pound. Currently, the price paid to the planter in Colombia ($254 per 125 kg bag) barely covers production costs.

The US government could put in place import quotas—particularly from Kazakhstan—to encourage domestic uranium production, which at the moment weighs only 2 million lbs per year for a consumption of 50 Mlbs.

The surge in iron ore prices ($126.50 per tonne at the beginning of July) has led the main Chinese steelmakers to set up a commission of inquiry into the formation of prices as calculated by the rating agencies.

Despite the Tanzanian government’s decision to have the army purchase and stockpile the entire national cashew production (275,000 tonnes, or 7.5% of world production), prices have fallen to the lowest level in five years thanks to the excellent harvest in Vietnam and Cambodia.

China broke a steel promotion record in June on a daily basis at 2.92 Mt against 2.87 Mt in May. In the first six months of the year, steel production in China increased by 10%.

By 2030, Russia is aiming for 150 Mt of grain production thanks to a $70 billion investment programme. This year, production is estimated at 118 Mt.

A tanker loaded with US oil delivered 80,000 tonnes of Bakken oil to Odessa on 6 July. Until then, Ukraine was receiving oil from Azerbaijan and Russia that had been the object of physical and political contamination.

Venezuela has been reduced to selling its oil to more than dubious intermediaries, such as the Turkish company Iveex, created a year ago with a capital of 10,000 Turkish lira (€1,500).

In May and June, South Korea did not import a drop of Iranian oil, replacing it with imports from the United States and Kazakhstan in particular.

According to the IMF, in order for Saudi Arabia to balance the budget, the price of oil would have to be in the range of $80 to $85 per barrel. On the other hand, Vladimir Putin estimates that for Russia a “fair” price would be around $65.

Mexico is preparing its coverage programme for oil exports in 2020. Mexico generally buys more than $1 billion in put options from about 50 financial institutions. For 2019, the exercise is more complicated with the likely discount of high sulphur oils that can no longer be used in shipping. Mexico thus covers about half of its oil exports.

The Kashagan oil field in the northern Caspian has exceeded 400,000 bd of production for the first time. Kashagan is operated by the National Company of Kazakhstan and a consortium of companies including Eni, Total, Shell and Exxon.

In July, American shale oil production is expected to increase further from 70,000 bpd to 8.52 bpd according to the EIA. Natural gas production would also increase for the eighteenth consecutive month. In August, we will be at 8.55 mbd. This being the case, output growth in 2019 would be only 1.3mbd against 1.5mbd in 2018. Will the growth peak have passed?

Bank of America – Meryll Lynch downgraded its average forecast for oil prices: $63 per barrel of Brent for the second half of 2019 and $60 in 2020. Morgan Stanley also lowered its ‘long-term’ forecast of $65 to $60 for a barrel of Brent.

In July, for the first time, European LNG prices were higher than Asian prices: $4.56 mbtu in the Netherlands, $4.48 in the United Kingdom and $4.40 in Asia on the spot market. 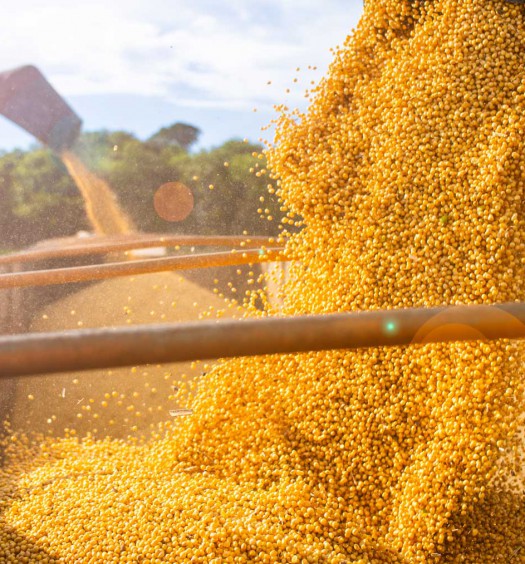 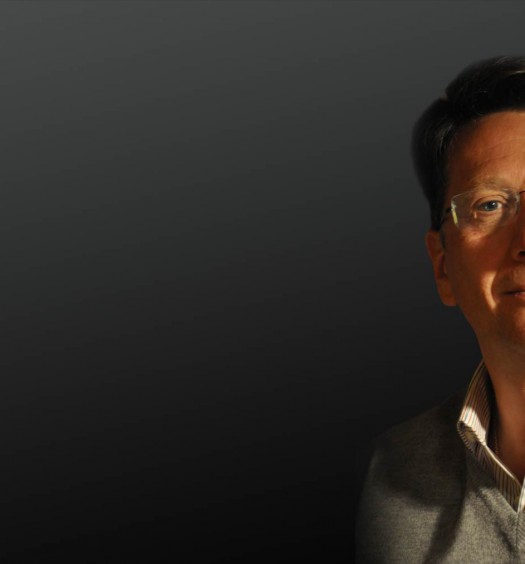