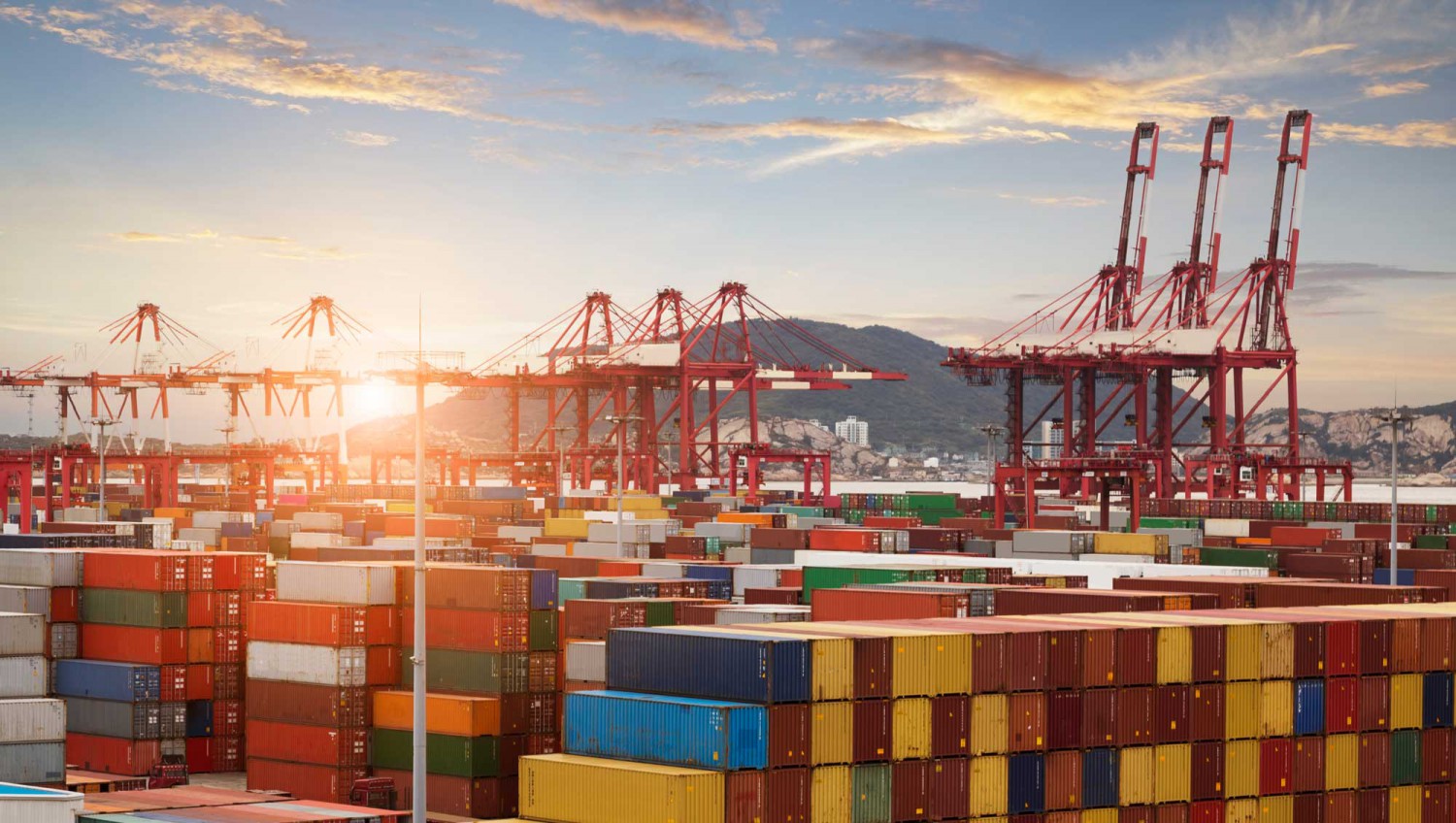 Negotiations between China and the U.S. will resume mid-October and Cyclope thinks that a kind of ‘peace of the braves’ could come before the end of the year.

The oil market has just experienced an episode of rare violence, but it was only a flash in the pan. The 14 September attack rocked the markets and the price hike in the ensuing hours was the strongest since 1991 with Iraq’s invasion of Kuwait. On paper, half of the Saudi potential (5% of world production) was concerned, which swept away the surpluses that had hitherto weighed on the market.

And then, the fragility of Saudi Arabia surprised most observers. Quickly however, the damage was repaired, or at least compensated and the logic of fundamentals has taken over. The barrel has dropped to a little over $60 for Brent and although there is now very little chance for Iranian oil to come back into the market in the near future, we are again in excess and around All Soul’s Day, the United States should become a net exporter of oil and liquid fuel: a first since the 1970s.

There is no guarantee that OPEC will be able to provide the adjustment needed to keep prices even around the $60 mark. Let us add that the natural gas market, whether in the United States or in Asia for LNG, is also strongly bearish.

Get Used to Trade War Stalmate

The other major preoccupation during this back-to-school season is the stalemate of the trade conflict between the United States and China: some gestures of good will (Chinese purchases of American soy, American flexibility vis-à-vis Huawei) alternate with new threats like that of the United States closing the US stock markets to Chinese companies.

Negotiations will resume mid-October and we continue to think that a kind of ‘peace of the braves’ could come before the end of the year: the Chinese want it and are ready to make an effort and then Donald Trump finds something new to toy with.

The problem is that this is perfectly legal, since starting 18 October, the United States will be able to apply taxes to the tune of $7 billion on European products. The WTO, which the United States threatens to paralyze by refusing any confirmation of judges to the DSB, has condemned several European countries on the old Airbus file that dates back to 2004.

Europe will probably be less tough than China and the list of products concerned will remind the oldest of a fairly similar list that was published twenty years ago when a WTO panel condemned the EU against the United States on the issue of hormone-treated beef. The presence of Roquefort in this list provoked the action of José Bové and the destruction of a McDonald’s in Millau. Will it be the same this time with winemakers from Bordeaux and Burgundy? Next round at the WTO in a few months with a file on Boeing!

Like most energy markets, most commodities approached the fall looking rather bleak, with the exception of gold and palladium. From iron and scrap to sugar and coffee, on to derivative markets as well as to physical markets, price declines are more or less general. On the other hand, sea freight markets have rebounded dramatically: US sanctions against a Chinese tanker owner guilty of having loaded Iranian oil, bulk cargoes stuck off Iran and especially the revolution that will represent, on 1 January 2020, the adoption of the new standards of the IMO on marine fuels, are all elements that have influenced putting an end, for a time, to a long period of rather depressed freight.

Against the backdrop of a global economic slowdown, a decline in world trade and a strong dollar, market prospects remain poor.

China’s demand for animal feed should fall by 37 mt, including 23 mt of corn and 10 mt of soya meal. Pork prices in China have increased by more than 25% between July and August and this rise could tarnish the celebrations of the seventieth anniversary of the People’s Republic, October 1st.

India has granted subsidies of $876 million to help export 6 mt of sugar for the 2019/2020 season. The subsidy will be $146 per tonne. Australia, Brazil and Guatemala have called for the establishment of a WTO panel under the DSB.

Indonesia decided to advance its ban on nickel ore exports at the end of December, affecting 9% of the world’s mining output. That said, Indonesia will increase its nickel smelting (NPI) production from 261,000 tonnes in 2018 to potentially 530,000 tonnes in 2020. Goldman Sachs is forecasting a $20,000 per tonne target for the end of the year.

Of the top seven “sights” in 2019 up to August, De Beers’ gross diamond sales declined 26% to $2.9 billion. The market is in overproduction and is suffering from competition from new synthetic diamonds.

With the drop in cobalt prices, Glencore has closed its Mutanda mine in the DRC, the largest in the world.

In a gesture of “goodwill”, Saudi Arabia has decided to limit its restrictions on the import of wheat from Russia, which until now could not penetrate the Saudi market because of a level of contamination that was considered too high.

Global gold demand increased by 8% in the first half thanks to central bank purchases and ETFs. Demand was 2182 tonnes, of which 374 tonnes were for central banks and 107 tonnes for ETFs. The “production” of gold (mine and recycling) was 2,324 tonnes.

World steel production increased by 4.6% in the first half of the year to 925 million, mainly due to Asia, particularly China.

Chinese imports of “commodities” remain one of China’s major cards in its conflict with the United States: in a normal year, China imports $20 billion in agricultural products, $7.5 billion in oil (at current prices for 350,000 bd US oil), $1 billion of LNG and $1 billion of coal, and therefore a total of around $30 billion.

China’s leading construction company, CCCC, is negotiating a contract to dredge the Parana River in Argentina. 80% of Argentine grains pass through the Parana. The Chinese project would allow larger ships to go up river as far as Rosario.

There has been a sharp drop in China’s gold imports in the first half of the year: 575 tonnes in 2019, compared with 883 tonnes in 2018. The noticeable decrease in May and June (57 tonnes in June against 199 tonnes in June 2018) is linked to restrictions on import quotas imposed by the People’s Bank of China. These quotas were lifted in August, but an “import gap” of 300 to 500 tonnes is estimated.

Is it a precursor to a crisis? The tin market is at its lowest in three years at less than $10,000 per tonne. The main reason is the declining demand from the semiconductor industry, which is suffering from the climate of the trade war. Tin used in electronic solders represents 47% of uses (14% for tinplate). Semiconductor sales fell 14.5% in the first half of the year.

Also in decline is the price of iron ore. After its peak of $122.20 on 3 July, the tonne sold in China had fallen at the end of August to $83, returning to levels comparable to those preceding the Brazilian disaster ($75 in January). The reason is less related to fundamentals than to the market’s “feeling” about possible recessions.

The amount of aid given to the agricultural world by the US government will be $16 per acre ($40 per hectare), according to the Secretary of Agriculture. The overall package will be $16 billion following $12 billion in 2018.

The United States no longer dominates the global maize market: over 2018/2019, exports will hardly exceed 53 Mt while Brazil, Argentina and Ukraine are expected to reach close to 100 Mt.

With the fall in sugar prices, Brazilian producers are using futures less and less to set their prices. On the current season, only 58% of anticipated exports were covered on the New York contract. In 2018, 68% had been covered. In any case, in Brazil, the share of sugar in cane crushing is expected to fall to 34.7%.

The lead market was 65,000 tonnes in deficit in the first half of the year, according to the ILZSG. That of zinc was in deficit by 134,000 tonnes, which did not prevent the continuation of the fall in prices.

The Australian wheat harvest may fall below 19 mt due to persistent drought. Australia produced 35 mt in 2016/2017. This is beneficial to Black Sea dealers who are now seeking Asian markets. At equal quality, a tonne of Australian wheat delivered to Asian ports is at $250 against $225 for Russian or Ukrainian wheat.

Rosneft, which produces 40% of Russian oil, has decided that all its exports of petroleum products will now be billed in euros. Rosneft sells half of its production of refined products by auction. In addition, Rosneft became Venezuela’s largest buyer and distributor of oil with two-thirds of the deliveries in August.

Rosneft sells directly to India and China while traders like Trafigura and Vitol have pulled out of this market for fear of US sanctions. These transactions are managed by Rosneft-Geneva.

The IEA has revised downwards its growth forecast for world oil demand to 1.1 mbd in 2019, in particular because of China; from January to May, world demand rose by only 520,000 bd, the lowest since 2008. In August, OPEC released the same figure (1.1 mbd).

In June, the United States exported a record of 3.16 mbd of oil, mainly through purchases from South Korea. That same month, OPEC production was at its lowest for eight months at 29.42 mbd. In July, Saudi Arabia pumped only 9.65 mbd while its quota is 10.31 mbd.

There has been a discovery of an oil field in the delta of the Congo Basin by two Congolese companies controlled by a close associate of President Sassou Nguesso. He developed his experience by trading in Geneva and made a fortune by controlling the Congolese market of refined products.

In September, according to the EIA, shale oil production in the United States is expected to break a new record at 8.77 mbd of crude oil including 4.42 mbd for Permian and 1.44 mbd for Bakken.

There was a slight rise mid-August for LNG prices to $5 MBT in Asia (a year ago, it was $11). This being the case, this concerns the spot market and the bulk of the market remains on the basis of contracts. In the first seven months of the year, South Korea’s average import price was $10.22, and in June, Japan paid $9.14. Most of these contracts are indexed to the price of oil.

As of September 1, China has imposed a 5% tax on US oil. however, some importers like Sinopec have requested exemptions (waivers). 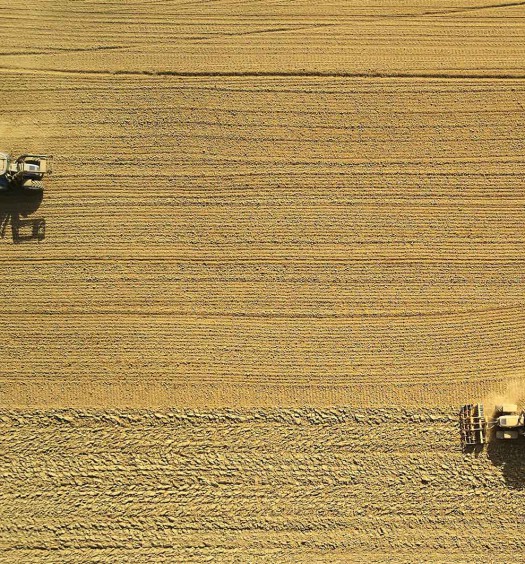 Read More
What’s Up In Commodity Markets and Oil In Particular? 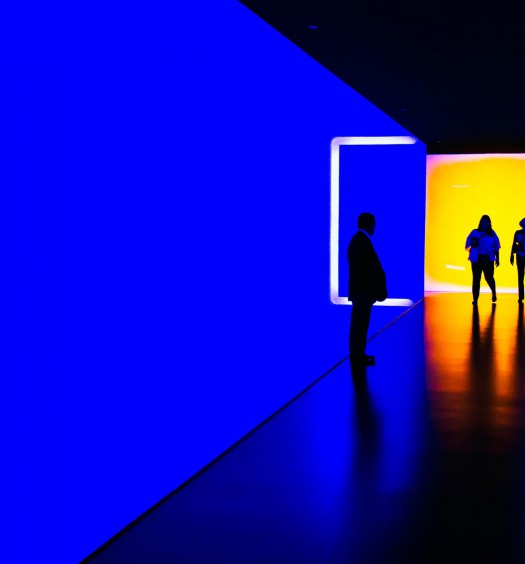