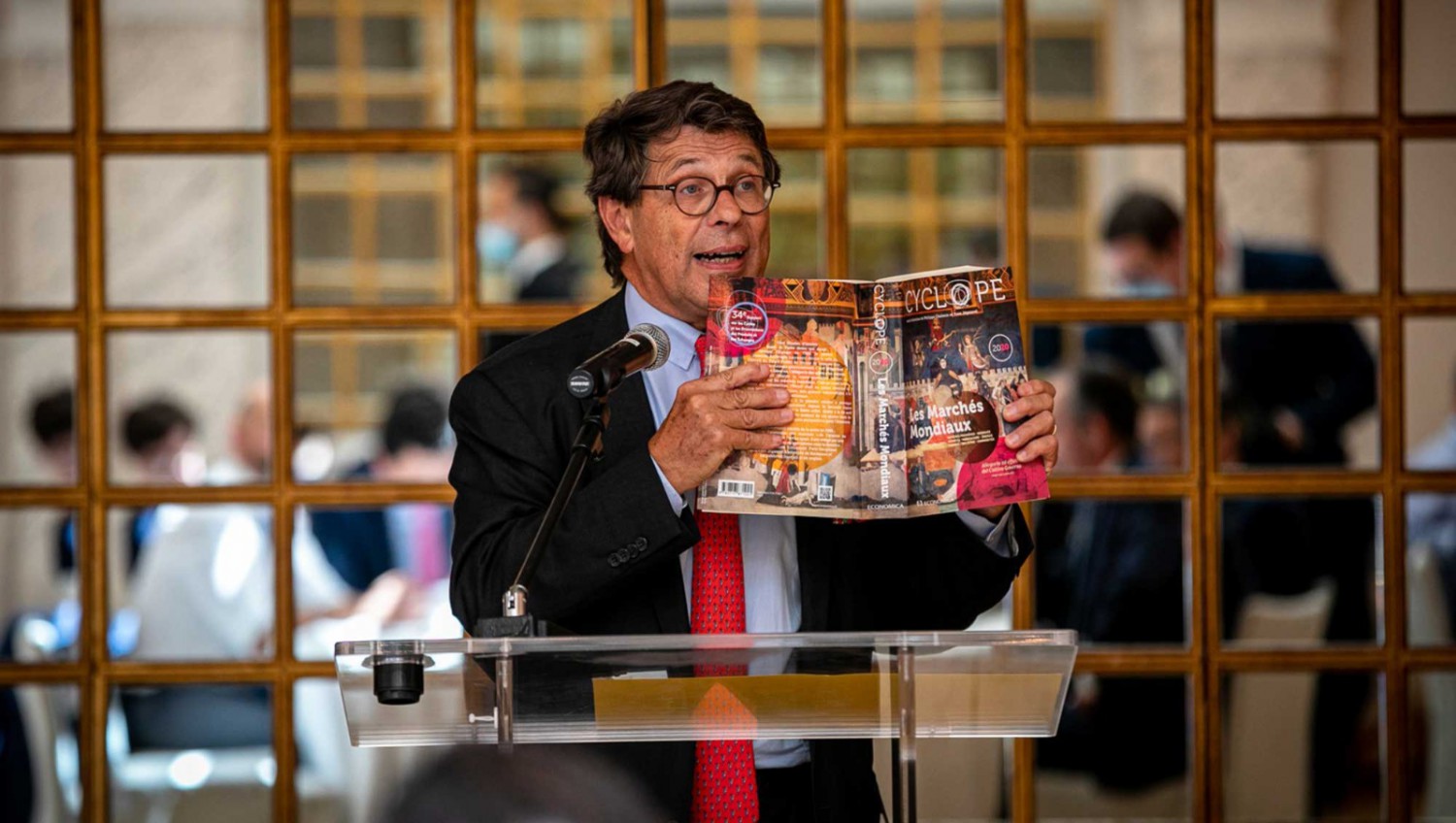 The Cyclope meeting, where Philipp Chalmin presented the new Yearbook, was an opportunity to meet again in person business counterparts and industry players with whom to share the unusual experience of life in lockdown while exchanging views on the current situation and the future.

At the first Cyclope Circle Lunch after the lockdown, you could sense a friendly and confident working atmosphere, full of enthusiasm and curiosity. Given the rather singular circumstances, the event hosted by Philippe Chalmin about the commodity markets’ dynamics and the global economy was eagerly awaited by its members, whose response was overwhelmingly positive in every respect.

Despite a full agenda, Chalmin took the time to acknowledge in front of the large crowd the work Ampersand World does as a global consulting firm for the industry. The nod to the 10th anniversary of the strategic business partner, whose team stood by its clients during uncertain times, was greeted with a round of applause.

Staged for the special occasion at the Richemond hotel in Geneva in order to accommodate as many guests as possible, the first Cyclope meeting after the lockdown was perceived as an excellent opportunity to meet again in person business counterparts, media and industry players with whom to share the unusual experience of life in lockdown while exchanging views on the outlook of everyone’s business for the future.

Apart from the simultaneous shock of supply and demand, the hottest topics discussed during the meeting were the ups and downs of oil, the resilience of some soft commodities, and the China-driven rebound in metals. In short, once again from the meeting came a lot of ideas – from which to prepare for a post-Covid world and a new normal for commodities. 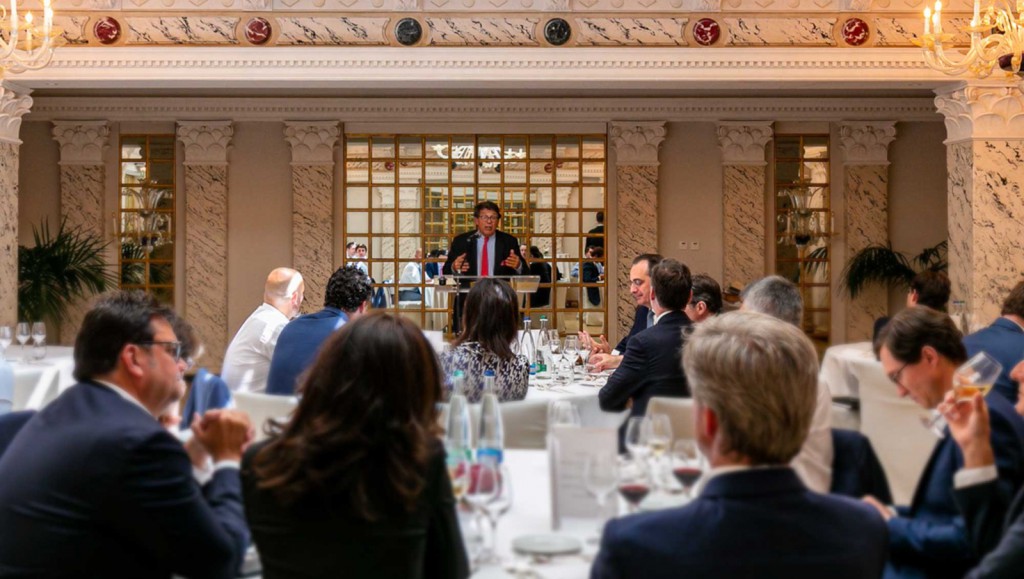 Cyclope is a study group specialised in the analysis of global raw materials and commodity markets. It takes its name from the Cyclope Yearbook published every year since 1986 by Editions Economica. At the last Cyclope Circle Lunch, Chalmin presented the new Yearbook.

The second Cyclope Circle Lunch of the year was also an opportunity to familiarise the audience with the main findings of the latest Yearbook, regarded as the “bible” of commodity markets. Written by a team of around 60 specialists under the direction of Philippe Chalmin (University Paris-Dauphine) and Yves Jégourel (University of Bordeaux), the report provides some much-needed clarity, drawing up new perspectives for both the economy and the world commodity markets in the year ahead.

At the beginning of May, the “market clock” of Cyclope for commodities showed a decline of 42% in four months. Except for gold, rice, and wheat, all the other major commodities were listed in red for the year with a 10-20% decrease on average. Chalmin claims that this is a legitimate decline caused by an unprecedented demand shock in recent months.

To be more specific, there are two shocks – one on the supply side and the other on the demand side. The supply shock goes back to 2019 and even the years before that. It is both the result of investment in new capacity, whether it is oil and shale gas in the U.S., new cobalt or lithium mines, new natural gas liquefaction in Australia, or aluminum refineries in China. The optimal climate for agricultural production over the last three seasons has also had an impact.

“The markets were in surplus and the Saudis acted like the real sorcerer’s apprentices in triggering the oil war in early March,” writes Cyclope in its 132-pages monthly report of June. It was precisely at this point that a demand shock occurred. Growth has followed a downward trend since, with a drop estimated at around 5% on a yearly basis for the first four months of 2020.

The “Breakfast Table” Will Be Less Expensive This Winter

There has been a lot of talk about the collapse of oil, but so far the worst performer has been natural gas (-50%). The demand for hydrocarbons decreased by 25% and that of metals by 15-20%. Lately, though, the latter sector is buoyed by a sentiment of recovery, with significant “premiums” on the Shanghai market for copper, aluminum and even lead. So far the best performance is that of iron ore, though. The price has been at its highest since August 2019.

Before the recent solid recovery, metal markets paid dearly for the industrial breakdown, particularly in the automotive sector (with a 10 to 20% drop) caused by lockdown measures around the world. The same was true in the textile market, with cotton and wool suffering declines of 16 and 23%.

On the other hand, sugar and corn (-22%) in the wake of ethanol, as well as palm oil (-32%) as a result of biodiesel, are going through a bad period. Agricultural markets are affected by the prospect of excellent harvests. The International Grains Council anticipates a new record for 2020-2021 at 2230 million tonnes, to which 502 mt of rice and 605 mt of oilseeds will have to be added. Surpluses will come back, particularly for corn and soybeans, then also for other products like coffee, sugar, cotton, and even butter. As a result, “the breakfast table should be less expensive next winter”, thinks Cyclope.

The great fall in commodity prices has been greatly influenced by the oil price crash (on April 30 it was at its lowest level on record). The most emblematic commodity of all has lost more than 60% of its value in 2020. Since May, the oil market is staging a mini-rally but “peak oil” demand fears mount. The “Great Lockdown” has added to the challenges of oil in the year ahead.

Yet, according to Chalmin, we will experience a resumption of oil demand, eventually. The professor sees price risks as clearly skewed upward, with a Brent crude target price in the range of $30-40 a barrel, unless a major geopolitical incident happens.

As mentioned above, the performance was even worse for liquefied natural gas, whose demand did not meet high expectations. However, this could turn out to be good news in the long run, because as of today the underlying value is so cheap that its price becomes increasingly competitive with fossil fuels.

Chalmin is not overly optimistic about gold prices (+12% in the first four months) because of the role that India would play. The ultra-strict lockdown measures imposed by the government of the biggest overall gold consumer could create an economic depression.

As far as macroeconomics forecasts are concerned, at the beginning of the year, the IMF was forecasting +3.3% of global GDP, while now the forecast is for a contraction of -6% – for a walloping gap of more than 9 points. “The latest economic forecasts published by the European Commission confirm the worst apprehensions”, the June report says. The European Union would register a decline of 7.4% in 2020, while the Eurozone by 7.7%.

Never before has Europe experienced such a rout, and this will result in deficits (-8.5% on average for the euro area), the rise in debt (to 103% of GDP), and an unemployment rate which would be 9% for the euro area at the end of the year (compared with 6.7% at the end of 2019). Some analysts consider these forecasts as “optimistic” and put forward figures at more than 10% decline. For 2021, the IMF expects a turnaround of 6.3% (Eurozone +6%), although it is not entirely clear whether there will be a “V” or a “U” shaped recovery.

On the geopolitical front, after a time where the prevailing tensions had taken a back seat, a small wind of disunity is blowing again. Once again, the Sino-American conflict – and more broadly the American political scene – occupy people’s minds. That said, commodity markets and stock exchanges have for the most part already bounced back.

The same applies to oil, which at the beginning of June was back to 36.8 a barrel (WTI contract). Hedge funds have gone “long” again, with net positions of up to 380 million barrels of WTI and 158 million barrels of Brent. Stocks are starting to build up and the liquidation of the June contract in New York went well. China imported 13 mbpd in May and U.S. production began to decline.

Drilling at the United States is at their lowest level since 1940, with only 301 new wells according to Baker Hughes (compared to 683 in May 2019). For its part, Venezuela continues to slump and exported only 450,000 bpd in May for a production of 650,000 bpd. In the meantime, Iranian tankers paid at a gold price by Caracas still delivered some gasoline (1.5 million barrels) to the country with the largest oil reserves in the world.

Cyclope is a study group specialised in the analysis of global raw materials and commodities markets. It takes its name from the Cyclope Yearbook published every year since 1986 by Editions Economica.

Cyclope is headed by Philippe Chalmin (Blog), professor at the University of Paris-Dauphine and a consultant to international organisations (OECD, EEC, UNCTAD).

The study group functions as an international network and brings together more than 50 market specialists from around the world.

The Cyclope Report plunges the reader into the arcana of all of the commodity markets, from apples to zirconium, including textiles, soya, automobiles and even art.

Edition after edition, it has become the essential reference work for this particularly volatile universe. It likewise offers precious background analyses of the weight and responsibility of China, for example, or of the WTO’s Doha Round negotiations, or the development of the recycling markets, etc.

Cyclope also offers the reader an overview of the tensions and conflicts of globalisation and the international economy.

The Cyclope Report is produced by an international team of economists, journalists and professionals under the direction of Philippe Chalmin and benefits from the support of more than thirty French companies. 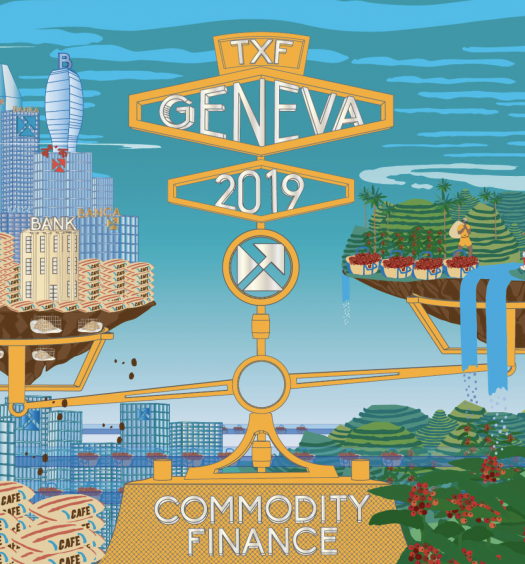 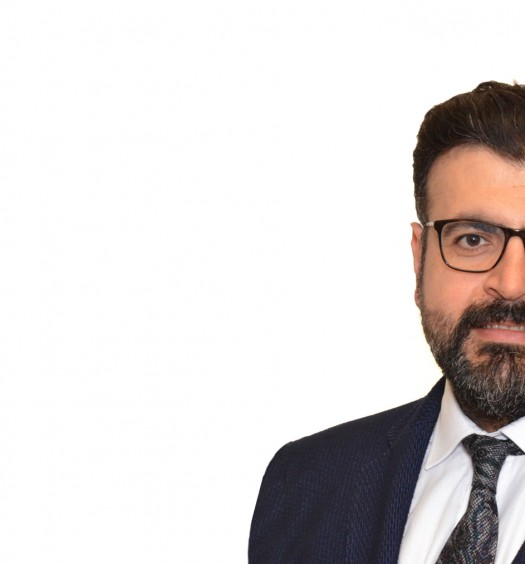 An Interview with Cem Bogusoglu, Global Head of Pulses Trading at GP Global...